Skip to content
Home » Blog » Expert Advice » RENT VS. OWN: Are You Asking The Wrong Question?

RENT VS. OWN: Are You Asking The Wrong Question?

A quick Google search for the phrase “rent vs own” returns 283,000,000 results. Obviously, this is a question prospective home buyers are seeking to answer. Reading the phrase literally implies an either/or decision; should I become a homeowner OR should I remain a renter? A quick look at the numbers tells us there is a more critical question renters should be looking to answer.

In 1965, the Federal Reserve began tracking the United States homeownership rate. At that time, 62.9% of American households owned their homes. Over the next 30 plus years, through the end of 1997, ownership remained in a narrow range from a low of 63% to a high of 66%.

In the late 90’s, thanks to a combination of ill advised government policies, poorly considered financial engineering and good old fashioned investor euphoria, ownership spiked from 66% to 70%.

Examining all the reasons this happened, and what we can learn from it, is a discussion for another day. The reason I’m pointing this out here is to give some context to recent media headlines shouting that the home ownership rate has dropped to levels not seen since the 1960’s.

While this is absolutely true factually, it also is in no way a bad sign. Ownership appears to have bottomed in the second quarter of 2015 at 63.4%. In the third quarter, the ownership rate edged up to 63.7%, indicating we have normalized right in the middle of the long term range.

This history lesson was meant to point out that in the long term, about 2 out of 3 Americans choose to own their home instead of renting. While the media was quick to shout headlines heralding the new “Rentership Society” there are a number of reasons home ownership is and will remain the preferred choice for most people.

In the rest of this post, we’re going to look strictly at the financial reasons most Americans choose to own instead of renting. Let’s start by looking at household net worth for both renters and homeowners.  The latest Federal Reserve Survey of Consumer Finances was completed in 2013.

While that’s a pretty dramatic difference, the gap is actually widening. The Survey of Consumer Finances is completed every 3 years with the next installment due in 2016. If you’ve been paying attention, you know that real estate has appreciated nicely since 2013.

During the same time, net worth for renters has stagnated. Lawrence Yun, the Chief Economist for the National Association of Realtor projects that renter net worth in the next Survey will dip to $5,000. At the same time homeowner median wealth will show an increase to $225,000, a staggering 4400% difference between Americans who rent and those who own.

So now that we’ve looked at a few numbers and a couple of fancy charts, what do we actually know. Basically, two things: 1) Over time, a remarkably consistent 2 out of every 3 Americans choose ownership over renting. 2) Those owners accumulate 45x more net worth than those who are unable to buy.

Again, we can look at the same Survey of Consumer Finances to isolate additional factors that add to net worth. Let’s start with education. Households headed by someone who did not finish high school show a median net worth of $17,200.

Add a high school diploma and that figure grows to $52,500. Those with a college degree have the highest net worth with a median figure of $219,400. For those of you taking notes, you’ll notice this figure exceeds even that of homeowners.

Now let’s turn to age. Income and savings increase with time, predictably leading to greater net worth for older Americans. Households headed by a person under 35 have a median net worth of $10,400. This figure grows with every 10 year age grouping by approximately $50,000, peaking with the 65-74 age range with a median wealth of $232,100. Again, we see a variable correlated to wealth accumulation but no firm causation.

If you’re still unclear on the difference, consider this. We’ve all read stories of high school dropouts who go on to become millionaires. On the negative side, most of us have met an elderly person living in poverty with little to no net worth. We wouldn’t see this If these factors CAUSED wealth.

This is far from a complete list of factors correlated to net worth. Income, race, sex and geographic location all impact wealth accumulation. Without analyzing every possibility, I’ll point out the final statistic that confirms that homeownership is one of the key factors to building wealth and achieving financial independence.

For the average American home equity accounts for 61% of their net worth. The bottom line is that homeowners enjoy at least 36 times greater net worth than renters and almost 2/3 of that wealth is in the form of home equity.

This leads me back to the whole purpose of this post. Is rent vs own the right question renters should be asking? The answer for anyone pursuing financial security should be obvious, ownership is the preferred choice so the question renters need to be asking is this: Is now the right time for me to buy? In the next post in this series, we will dig deeper into answering that question! 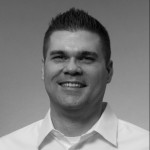